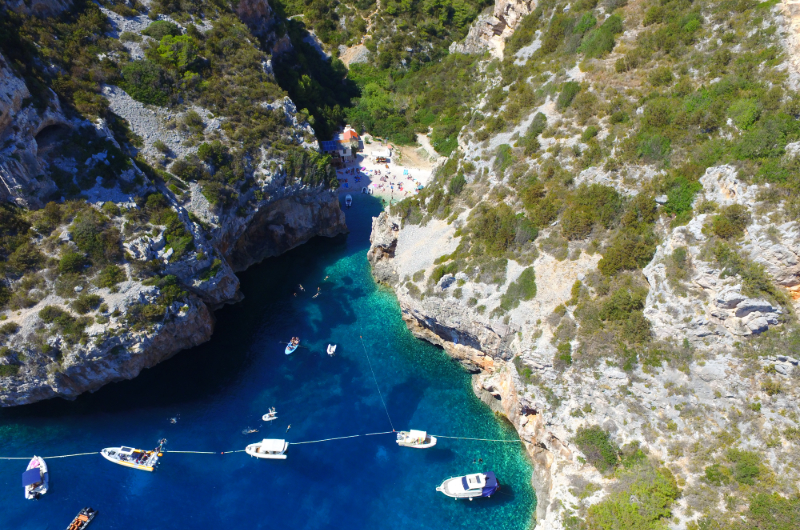 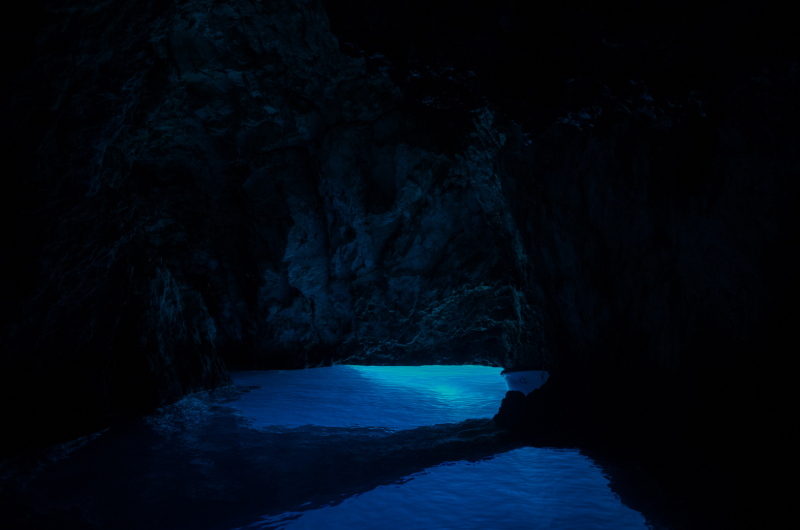 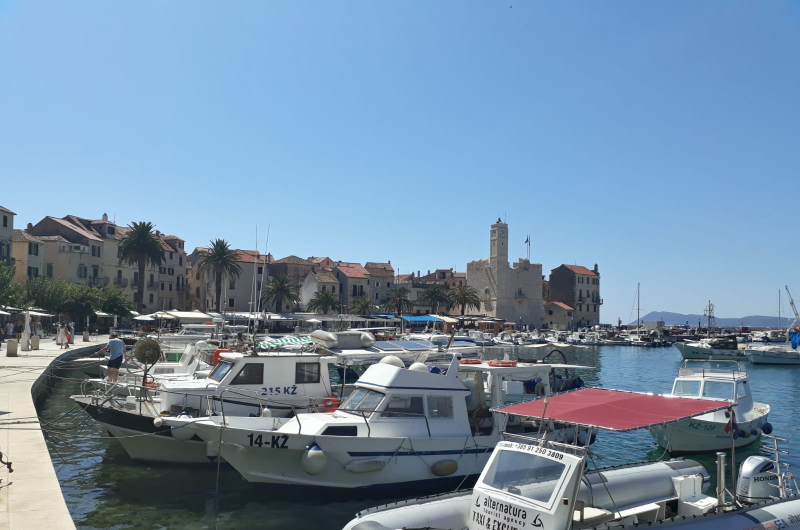 BLUE CAVE
The first station of this all day excursion is the pearl of the Adriatic sea, the Blue Cave which is the most attractive landmark of the island Biševo.
The cave has two openings; one is smaller, artifically pierced through which a boat can pass, and the other one is a lot wider, on the south side of the cave, below sea levels. Through that underground opening, the sunlight comes in, and it passes through the water, first breaking and then bouncing on the cave's bottom. This leads to a specific phenomennon of blue and silver sea shades, which depending the time of day and the light angle, connect into one.
We will tell you a little secre. Even though it is prohibited to take a swim inside the cave, you can put your hand in the sea and watch as the light silver color takes over. To put it shortly, some beauties can't be described, they can only be experienced.
To experience the unforgettable reflection of the clear sea, and to see the nature's monument in Srima, Vodice, Šibenik or Tribunj, two hours are approximately needed.

KOMIŽA – VIS
The next stop is the island Vis and the cuty Komiža, which is located only 5 nm from the Blue Grotto. Komiža is most famoust for it's fishermans. The sunny side of the island, which is hidden from the cold northern winds beacuse it is located in the base of the Hum hill, is also famous as one of the sunniest places on the Adriatic with 2600 sunny hours.
The mediterian architecture of Komiža is filled with cobbled houses, narrow streets and beautiful beaches. On the coast around the harbor, there are souvenir shops, reastaurants and caffe bars in which you can have lunch with the rest of the tourists and locals.

FAMOUS BEACH STINIVA
We move on, but we stay on Vis. We go to the cove Stiniva, the most beautiful in all Europe. This untouched pearl with a crystal clear sea, white wand and impressive cliffs in the background, arose by cave collapsing and the vaults created the cove Stiniva. The remains of the vaults have been transformed into beaches, and on the edge parts of cliffs we can find stalactited which were created at the same time as the acves. The beach is made from  bigger boulders, and the sea is extremely calm. Some worldly known movies have been made in this idealistic, lonely cove.

Pack your bags and get a move on, and reserve a whole day for these fascinating images!