Perfect way to spend a sunny summer day is to go on a boat tour to famous BLUE & GREEN CAVES.

Fortunately, departure for this excursion is possible from several destinations. If your accommodation is in Vodice, Srima, Šibenik, Solaris (Amadria park) or Primošten our kind skipper will pick you up for big adventure!

Departure with the speedboat from Vodice at 07:00 AM. (a little later in other destinations, on agreement) 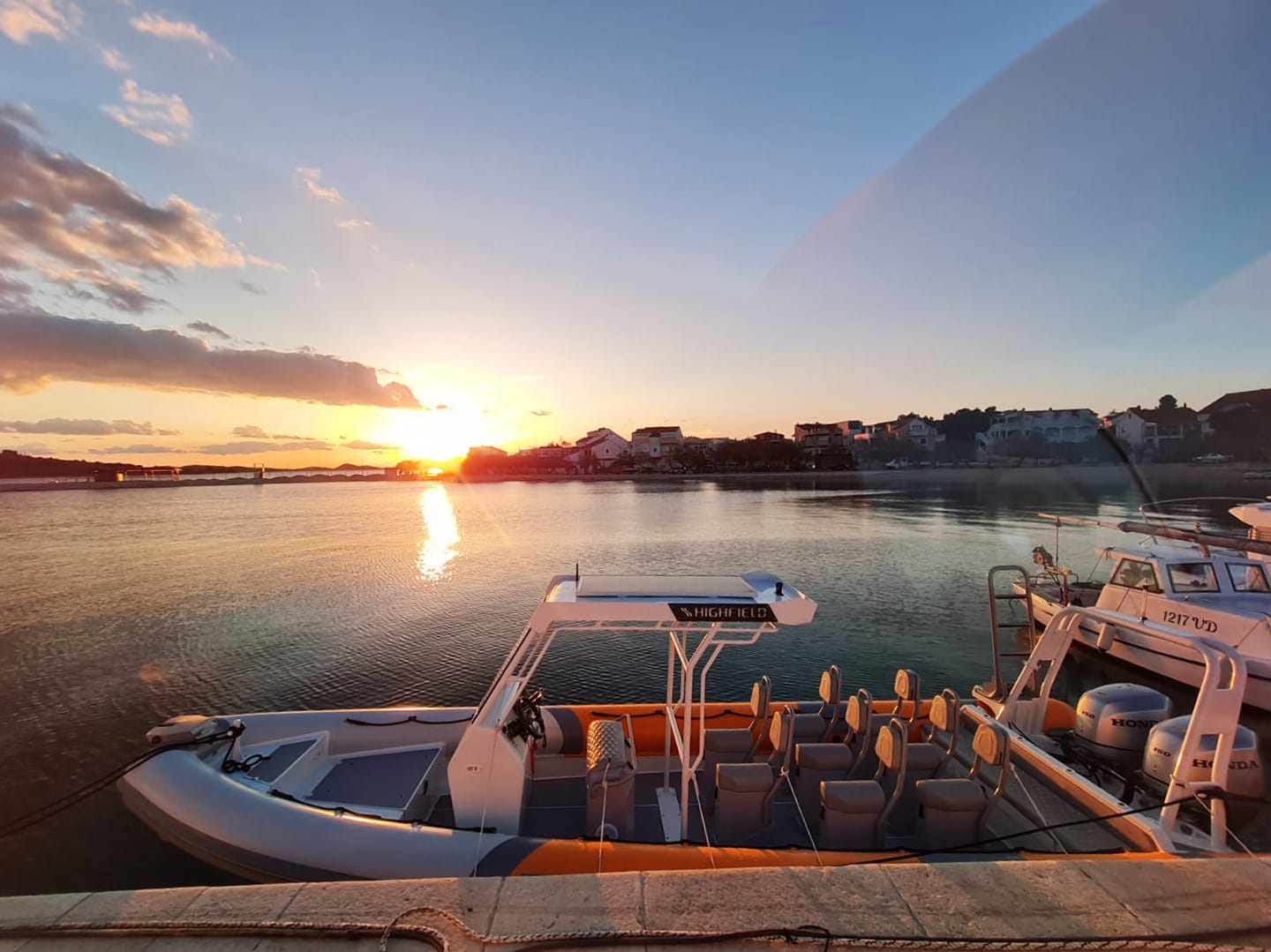 The first station of this daily excursion is unique natural phenomena of the Adriatic sea, the Blue Cave which is the most attractive landmark of the island Biševo.

The cave has two openings; one is smaller, artifically pierced through which a boat can pass, and the other one is a lot wider, on the south side of the cave, below sea levels. Through that underground opening, the sunlight comes in, and it passes through the water, first breaking and then bouncing on the cave's bottom. This leads to a specific phenomennon of blue and silver sea shades, which depending the time of day and the light angle, connect into one.

We will tell you a little secret. Even though it is prohibited to take a swim inside the cave, you can put your hand in the sea and watch as the light silver color takes over. To put it shortly, some beauties can't be described, they can only be experienced. 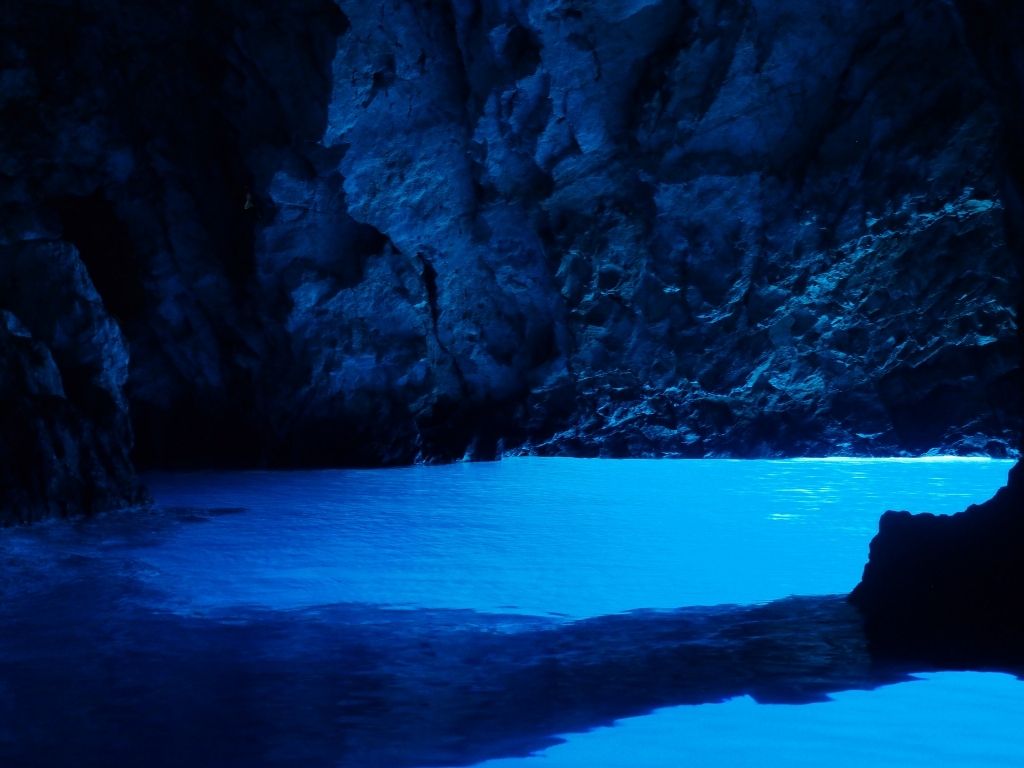 The next stop is the island Vis and the cuty Komiža, which is located only 5 nm from the Blue Cave. Komiža is most famoust for it's fishermans. The sunny side of the island, which is hidden from the cold northern winds beacuse it is located in the base of the Hum hill, is also famous as one of the sunniest places on the Adriatic with 2600 sunny hours.

The mediterian architecture of Komiža is filled with cobbled houses, narrow streets and beautiful beaches. On the coast around the harbor, there are souvenir shops, reastaurants and caffe bars in which you can have lunch with the rest of the tourists and locals. 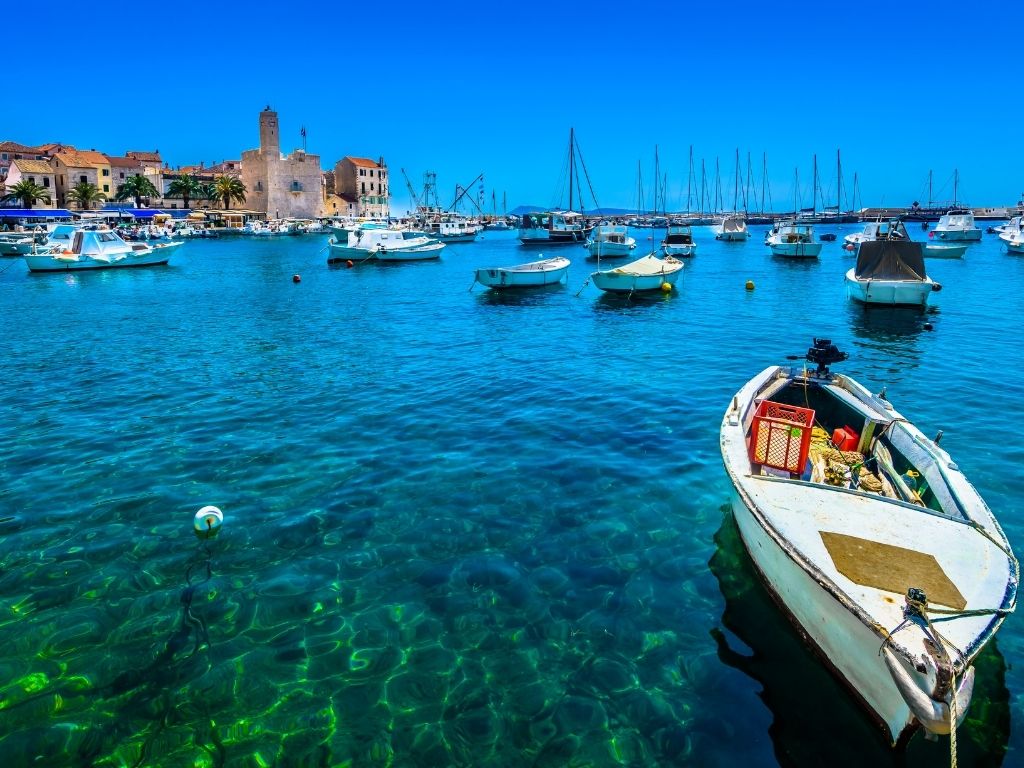 We move on, but we stay on Vis. We go to the cove Stiniva, the most beautiful bay in all Europe. Stiniva Bay, since 1967 it is a protected part of nature in Croatia under the status of a significant landscape. This bay was formed during the ice age, when the sea level was 120 meters lower than today.

The remains of the vaults have been transformed into beaches, and on the edge parts of cliffs we can find stalactited which were created at the same time as the acves. The beach is made from bigger boulders, and the sea is extremely calm. Some worldly known movies have been made in this idealistic, lonely cove.

'If you’re still thinking about where to go this summer, paradise is definitely waiting for you at Stiniva beach, Croatia.’ – writes the British Daily Mail in 2016. when Stiniva beach was chosen for the most beautiful beach in Europe among 300 European beaches. 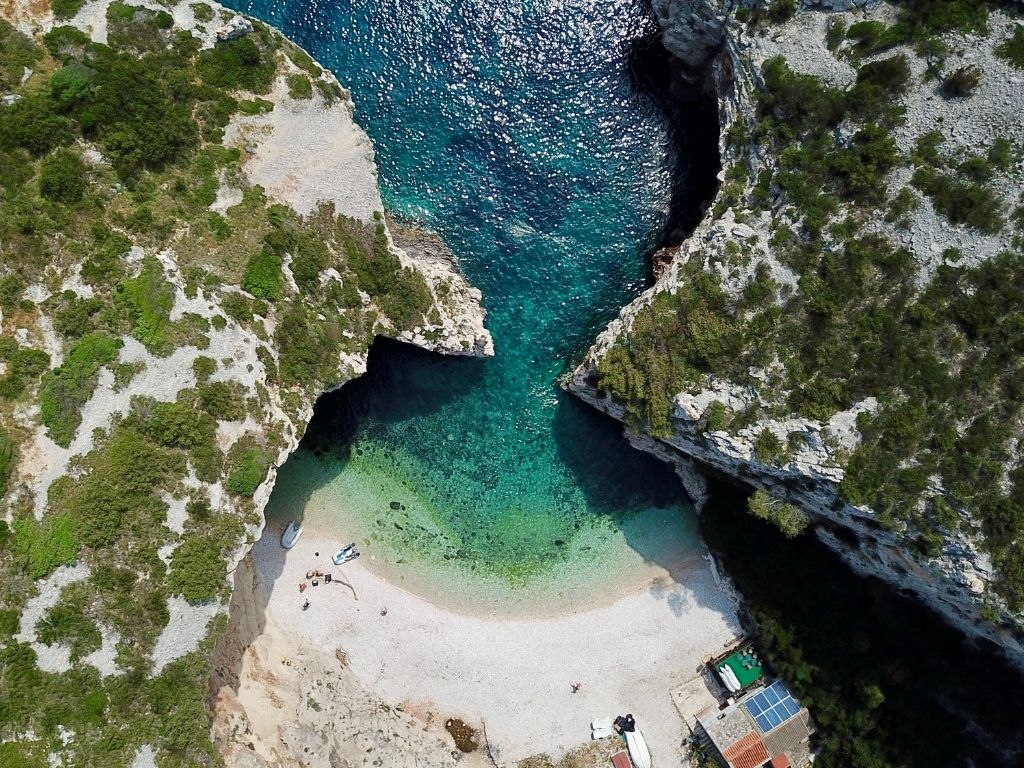 Green Cave is an unavoidable and last address on our little trip. The cave is located on Rabnik Island, a short distance from Vis Island. Ravnik Island is a small uninhabited island, and its popularity is mainly due to the presence of green caves hidden in its belly. This is a scratched cave that has two entrances and an opening at the top that allows light to enter and changes the color of the seabed to green. 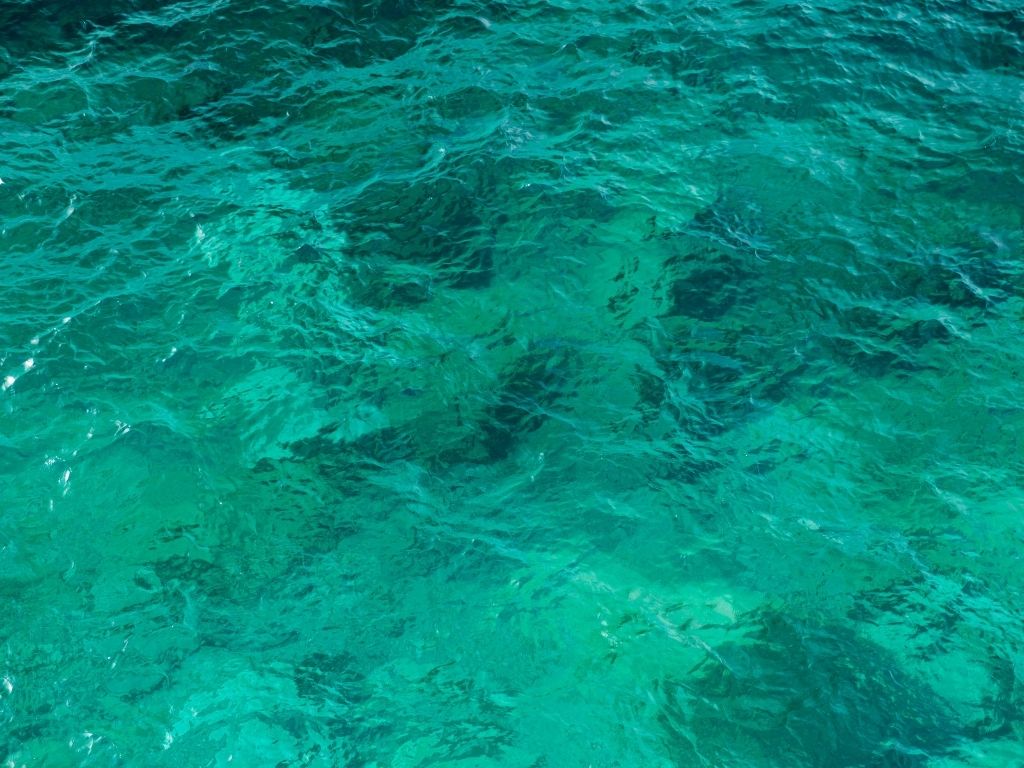 So, pack your bags and let's go! Book a whole day for these fascinating images!

If you are a dog person and would like to take your dog on vacation in Vodice? No worries that he will not be able to have a refreshing jump in the sea!

Planning to be more active and explore more destinations in Dalmatia? Day tour to blue & green cave is something you must try if you are choosing Croatia as your vacation destination.

The NIK tourist service continues a successful family tradition and has been involved in tourism since 1992. and its business is based on a quality tourist offer and professional service.

Traditional Dalmatian food is a combination of modern and traditional cuisine. So, enjoy this post to check the five most amazing dishes of Dalmatia.

Reasons to spend your holiday on the island of Murter!

The island of Murter is connected to the mainland by a short bridge and is the largest island in the Šibenik area.

Explore one of the most famous beaches in the Šibenik-Knin County!